Moving to a Multipolar World: Is the US Becoming Increasingly Isolated?

Belarusian state airline reduces fleet by almost half due to sanctions

Publisher’s Note: Bobby M. Tuazon is Director of Political Studies at a Filipino Think Tank, Center for People Empowerment in Governance and Professor at the University of the Philippines. He is also the editor and co-author of 15 books. The article is the opinion of the author and not necessarily that of CGTN.

At no time has the contradiction between superpower unilateralism and multipolar world dynamics been sharper than it is today. This is shown by the advance of the USA, its alliance system with greater emphasis on the military encirclement of China through the new trilateral military alliance Australia-UK-USA (AUKUS) and the reactivation of the Quadrilateral Security Dialogue (QUAD) between the USA, Australia, Japan and India. This new American offensive has aroused opposition from countries in the Asia-Pacific region and elsewhere where the option of war in favor of the peace and development paradigm has lost strength.

The economy unites many parts of the world, but the US and its few allies are trying to slow this movement. For example, US politicians see the Belt and Road Initiative (BRI) as “Beijing’s weapon” to suppress American influence in China’s neighboring regions. Designed to connect many countries through infrastructure, trade and new industrial corridors, the BRI joins 139 countries. About 63 percent of the world’s population live within the borders of the BRI countries.

In the Association of Southeast Asian Nations (ASEAN), whose most important trading partner is China, six countries have joined the BRI. Although some countries in the region are cooperating militarily with the US, ASEAN is avoiding the growing tensions between Beijing and Washington. This avoidance has intensified in the face of the ASEAN countries’ economic engagement with China and amid the US determination to take them on their side in a warlike policy towards Beijing. ASEAN is becoming an important center of the new multipolar world.

Economic interdependence and collective action are also popular in Eurasia, where China’s BRI integrates the Eurasian Economic Union (EAEU) into complementary economic activities. As a free trade agreement, the EAEU includes Russia, Armenia, Belarus, Kazakhstan and Kyrgyzstan. The EAEU works with the BRI as the Union covers the majority of the areas crossed by the BRI Silk Road economic belt from Central Asia to Europe.

The growing partnership in economic development and security cooperation between China and Russia through the BRI, the EAEU and the bloc Brazil, Russia, India, China and South Africa (BRICS) and the Shanghai Cooperation Organization (SCO) lay the foundation for the creation of a multipolar world. These economic initiatives and organizations, while not necessarily coordinated, represent a significant number of countries, economies and populations that span the vast expanse of Eurasia and neighboring regions. 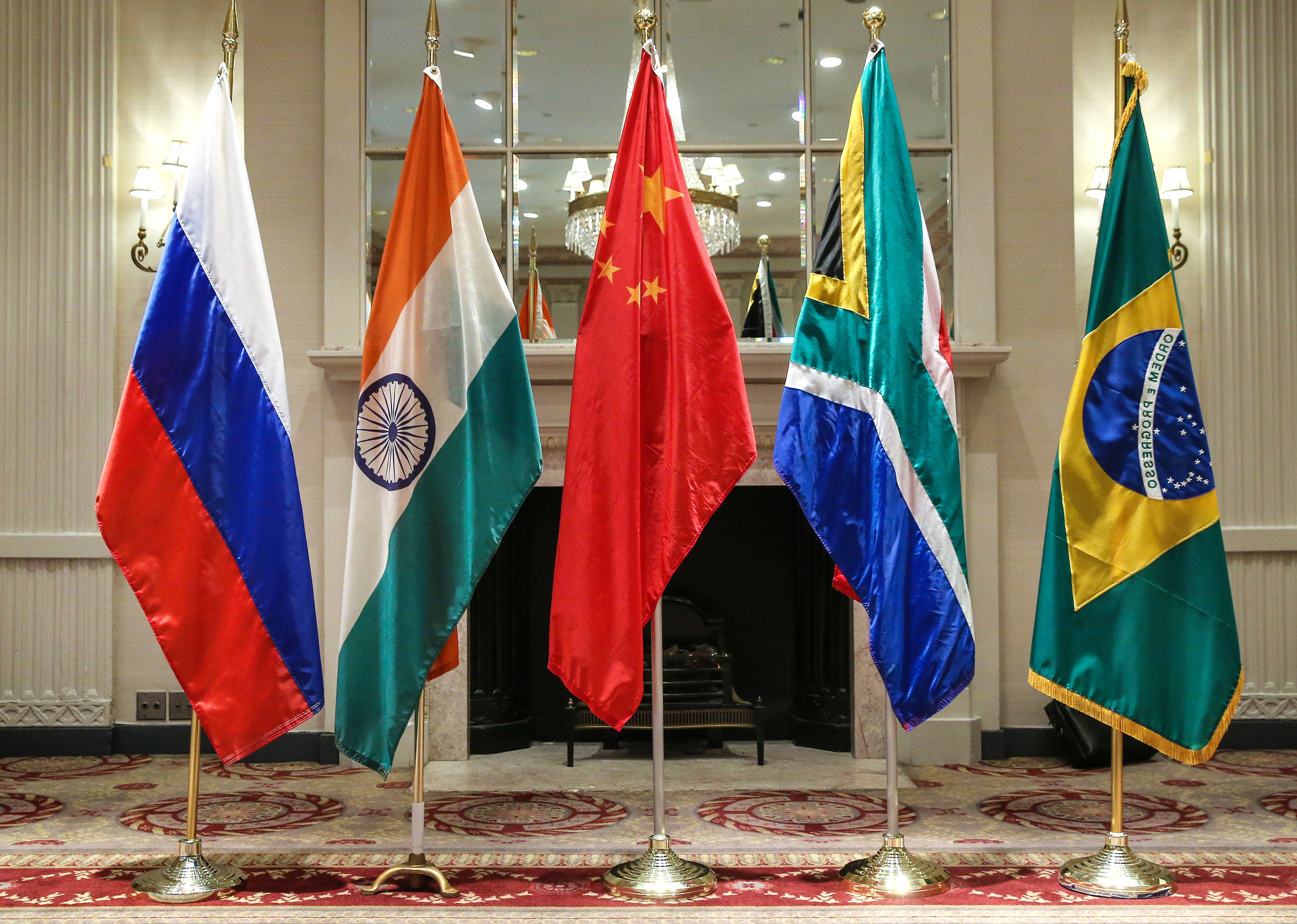 The national flags of Russia, India, China, South Africa and Brazil gathered for a meeting of Foreign Ministers of the BRICS countries at the Waldorf Astoria Hotel, New York City, USA on September 20, 2016. / Getty

The national flags of Russia, India, China, South Africa and Brazil gathered for a meeting of Foreign Ministers of the BRICS countries at the Waldorf Astoria Hotel, New York City, USA on September 20, 2016. / Getty

In response to the new multipolar formations, the US not only underestimates them with malicious allusions as representatives of governments that are “authoritarian” and not democratic. For years, the most important country involved in some of these initiatives – China – has been viciously slandered as an aggressor, a country that seeks to replace the US as a world power in its capacity as the new global hegemon.

Faced with the decline of its economy, the United States’s main arsenal to counter the rise of China is military might by tightening its military encirclement and conducting provocative “freedom of navigation operations” in the South China Sea.

The US continues to fuel tension in the Taiwan Strait by increasing military aid and arms trafficking with the separatist clique, encouraging them to become independent from mainland China in violation of the one-China principle. The US is two-faced in this regard. While waiting to support the One China Principle, that voice is easily drowned out by treating Taiwan as a “separate state and ally” with billions of dollars in military aid.

In recent years, the US has tried to push China against the wall through a trade war that aimed to drastically reduce its exports to the US, combined with a technology war that led to the decoupling of Huawei and other IT companies from their American counterparts.

Not only China or Russia were the targets of US restrictions and other unilateral sanctions. By March this year, dozens of countries had been subjected to unilateral sanctions, including visa refusals, trade embargoes and frozen assets, which adversely affected their economies and resulted in medical and food shortages, often with massive loss of life, especially children. The US has stood up to international pressure to end its vicious sanctioning practice. The UN resolutions to end the 60-year trade embargo against socialist Cuba, which go unnoticed, are an example of this.

The more the US rolls out its hostile agenda to contain China and the rest of the developing world, the more isolated it becomes. From a developing world perspective, there is nothing to be won and all to lose by supporting the US self-centered zero-sum game. The economy unites the world and war will divide it.