Deputy Foreign Minister of Belarus S.Aleinik attends the meeting of the CEI heads of government

This week, I joined several of my fellow Congressmen in introducing the Protecting Our Democracy Act to strengthen America’s democratic institutions against future presidents, regardless of political party, who are trying to misuse their office power for corrupt purposes. I was saddened by the mass shooting in Collierville on Thursday and I offer my condolences to everyone involved. I also voted for a continuation of the resolution to raise the debt ceiling and keep the federal government going beyond the end of the fiscal year next Thursday; wrote to President Biden about the easier availability of monoclonal antibody treatment; surveyed experts on the increasing prevalence of recalcitrant passengers in airplanes; chaired a hearing of the Helsinki Commission on Promoting Democracy and Justice in Belarus and introduced a bipartisan resolution; welcomed the inclusion of my amendments to an extensive defense licensing law that I could not support; Condemns the appointment of prominent criminals to leadership positions in Iran; spoke about the need to protect our oceans; announced a major grant to Southwest Tennessee Community College; and gave a health tip. Read on and follow me on Twitter, Facebook and Instagram to see what i’m doing while it happens.

Interviewing experts on the rise in air strikes

The Iranian government was convicted of appointing known criminals

Quote of the week

On Tuesday, along with some of my fellow Congressmen, I unveiled the Protecting Our Democracy Act, a comprehensive package of reforms that will strengthen America’s democratic institutions against future presidents, regardless of political party, who seek to abuse their power for corrupt purposes. The Protecting Our Democracy Act contains critical reforms on many of the issues I studied as chairman of the House Justice Subcommittee on the Constitution, Civil Rights and Civil Liberties. The draft law restricts a president’s pardon, requires sensible enforcement of the constitutional remuneration clauses, and curbs abuse by the executive. It also prevents foreign interference in our elections and strengthens the protection of whistleblowers. This bill will strengthen our democracy and put in place the necessary safeguards to ensure that it lasts for generations to come.

I know our whole community is sad and upset about the horrific mass shootings in Collierville on Thursday afternoon. My thoughts are with those affected and their families. As a member of Congress, I can say that many of us have tried to improve our gun laws through mandatory background checks and other reforms that have no effect in the Senate. I will continue to work on sensible reforms that will save lives and make incidents like Thursday less likely.

I voted in favor on Tuesday, and the House of Representatives passed a rolling resolution that would extend federal government funding through December 3 to include a government shutdown on December 30. By continuing state funding, we are giving Democrats and Republicans a fair amount of time to to come together to address our medium priorities as part of the regular ordering process. This financing draft provides for a suspension of the debt limit until December 2022. Senate Republicans have so far refused to consider suspending the debt ceiling and politicized the issue. Since 2011, Congress has done each of the seven times the debt ceiling has been raised on a bipartisan basis. Republicans backed the debt ceiling suspension all three times that Trump had to tackle when debt rose $ 7.8 trillion. But now Leader McConnell and the Republicans are trying to force the United States’ very first default, no matter who is injured. The Democrats are working hard to prevent a default and to keep the government going despite Republican obstruction.

On Thursday, I wrote to President Biden urging the administration and the National Institutes of Health to make monoclonal antibodies more accessible to patients with COVID-19. See my publication and the letter Here.

Interviewing experts on the rise in air strikes

On Thursday, the House of Aviation Subcommittee on Transport and Infrastructure, of which I was a member, held a hearing on the increasing incidents of airstrikes. In my interview with the experts, I said that the abuse of flight attendants by recalcitrant, often drunk passengers is inexcusable. See my publication including my question Here.

On Tuesday, as co-chair of the Commission for Security and Co-operation in Europe, better known as the Helsinki Commission, I chaired a hearing on the need to promote justice and freedom in Belarus. It is clear that the 2020 presidential elections that kept Alexander Lukashenko in power were fraudulent. See my opening address and my interview with witnesses Here. Today, Joe Wilson, a member of the House Ranking of the Helsinki Commission, and I presented a bipartisan resolution recognizing the ongoing crackdown on freedom of expression and human rights abuses in Belarus. In particular, the resolution calls for an end to Lukashenko’s ongoing campaign of repression against thousands of peaceful demonstrators, journalists, cultural workers, human rights defenders, trade unionists, political activists and government critics and expresses its solidarity with the Belarusian people. See my press release on the resolution here.

Two changes I proposed for fiscal 2022 National Defense Authorization Act (NDAA) were commissioned by the rules committee this week, and I discussed them in a speech in the House of Representatives on Wednesday. They were included in the larger bill that was passed Thursday evening. One puts the fight against corruption and the fight against foreign kleptocrats at the center of our foreign policy and reflects the view of the Biden administration that corruption is a threat to national security. The other instructs the Secretary of Defense to attempt to recover the US-supplied planes that Afghan pilots flew out of their country when the Taliban took over last month. See my publication on its passage here. I couldn’t support the larger bill that increased defense spending by $ 25 billion more than even the Pentagon asked for. See my publication on this vote here. The NDAA is now going to the Senate for review.

The Iranian government was convicted of appointing known criminals

I was alarmed to read that the new Iranian government has appointed two well-known criminals to senior positions, even though they were involved in the 1994 truck bombing of a Jewish community center in Buenos Aires. See my release condemning the appointments Here. 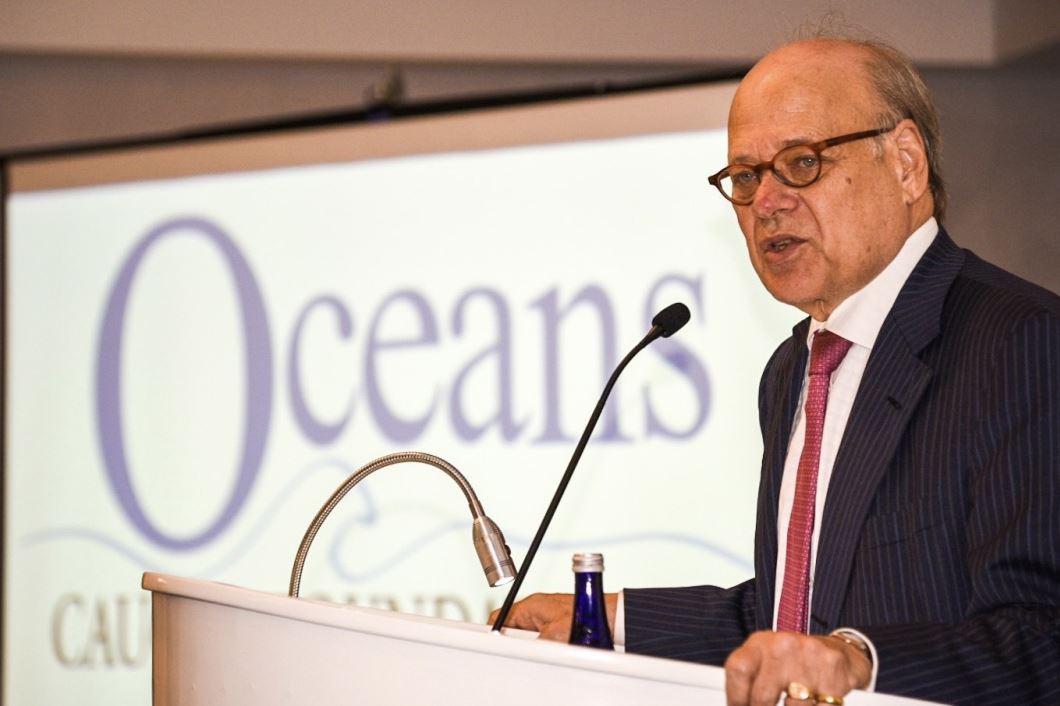 On Tuesday, I spoke at the Oceans Caucus Foundation ministerial dinner as a proud member of the Committee on Natural Resources to improve the health of the world’s oceans, threatened by plastic pollution, warming and overfishing. I told the crowd about a letter I signed earlier this year to support President Biden’s Executive Order that set the goal of having 30 percent of the US land, freshwater and marine areas by 2030 (“30 by 30 ”) to reverse the effects of climate change.

Also on Tuesday, I announced a $ 600,000 grant to Southwest Tennessee Community College from the US Department of Education’s black majority program to improve educational outcomes for male African American students. See this publication Here.

It is disappointing to have to say, but some people continue to spread misinformation about the ongoing coronavirus pandemic, including recommending unproven or ineffective “treatments” such as the use of the horse deworming agent ivermectin and hydroxychloroquine. Using either of these methods in attempting to cure a COVID-19 infection can be harmful or fatal. Protect yourself and your family against this disease using proven approaches, especially by using the vaccine to prevent symptoms from occurring. If you have severe COVID-19 symptoms, such as difficulty breathing, persistent chest pain or pressure, confusion, or bluish lips or face, get professional medical help right away.

Vaccines are currently available to everyone 12 and older. If you need a ride to a vaccination site, you can call 901-RIDE901 (901-743-3901) to coordinate the best transportation option for you. The city of Memphis is also now coordinating with organizations, communities, community groups, and businesses to provide coronavirus vaccinations. The Pipkin Building on the old Mid-South Fairgrounds is open Monday through Friday from 9 a.m. to 6 p.m. and Saturdays from 9 a.m. to 1 p.m. and remains a vaccination site until December 31st. For the latest information on vaccination sites, to request a homebound vaccination appointment, or to host a community coronavirus vaccination event, visit https://covid19.memphistn.gov/.

Quote of the week

“Service to others is the rent you pay for your room here on earth.” – The three-time heavyweight boxing champion Muhammad Ali.

I stay as always.
Sincerely,

Steve Cohen
Member of the Congress

Previous UN leader of the law is sounding the alarm over increasing human rights violations in Belarus
Next Week in Lithuania: Vilnius Airport to be demolished, Achema on leave of 400 workers – Baltic News Network