Belarus sees Ortega from Nicaragua as a loyal ally

“If we had known it would take that long, we would have considered another option, although you don’t know if that would have been an improvement,” said Vladislav Kusnetshik. Last year, he and his father Vitalij went into hiding in the Swedish embassy in Minsk to avoid persecution by the Belarusian authorities.

The two men arrived at the embassy on September 11, 2020 to apply for political asylum. After being told over the intercom to turn elsewhere, the two climb the embassy wall and have since refused to leave the premises.

Images of Belarusian security officials violently dispersing protests against Lukashenko were ubiquitous in the media over the past year. The Belarusian president is said to have rigged the August 2020 elections in order to stay in power.

At that time, anti-Lukashenko protesters were regularly arrested and ill-treated in Vitebsk and other Belarusian cities. Vitalij, who was one of the demonstrators, was arrested by police after they sprayed pepper spray in his eyes.

Vladislav recalls how, with the help of fellow demonstrators, he was able to pull his father away and flee, adding that many witnesses can confirm the events.

But there are some doubts about that. “We have no information on how investigators found officers injured, beaten and physically injured because the authorities never named the officers in question,” says Vadim Drosdov, the lawyer representing Vladislav and Vitaly Kuznetshik.

Drosdov says his clients have stayed at the Swedish embassy for a year for fear that the Belarusian authorities will arrest and torture them.

Drosdov says that Vladislav and Vitalij Kusnetshik filed a complaint against Sweden with the UN Committee Against Torture (CAT) in September 2020 warning the panel that they will be tortured by the Lukashenko regime if Swedish acts or inaction to theirs Arrest leads.

On October 1, the UN body approved interim measures ordering Swedes to refrain from any action that could lead to the arrest of the men. It also called on Sweden to grant immunity to the Kuznetshiks. 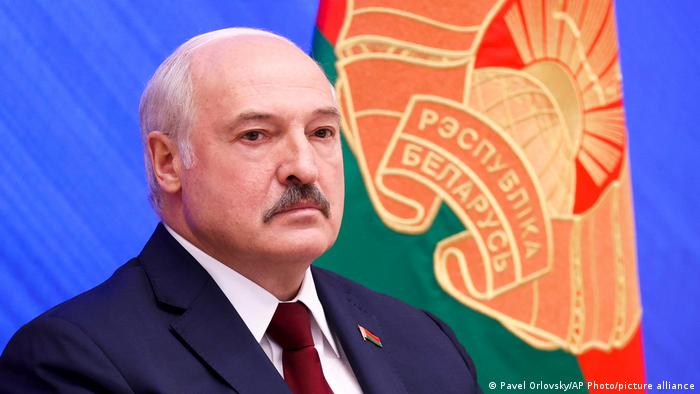 “The interim measures do not oblige the Swedish government to recognize the Kusnetshiks as refugees or to give them a residence permit when they could,” says Drosdov. He says the UN body will consider in November whether or not the men’s complaint will be accepted. Until then, they want to stay in the embassy.

Sweden has given the men a room with beds, shower, toilet, washing machine, kitchen, refrigerator and dishes. You have weights to keep in shape. They used to get ready meals; today they prefer to cook themselves. “That’s a big plus, time goes by faster,” says Vladislav. “They buy the necessary groceries for us.”

You can also go outside for some fresh air whenever you want. “We have everything we need and we have a good relationship with the embassy staff.” He says they don’t have a TV or computer, but fortunately they have their phones to fall back on. He says the possibility of a medical examination is being considered, although media reports previously indicated that the two men were in need of medical attention.

The Kusnetshiks haven’t seen their family in a year. The embassy will not allow visits and the men had to rely on video calling to speak to loved ones. “I am no longer worried about us,” says Vladislav. Instead, he says, he is more worried about his family, who are now struggling financially because he cannot make any money. “My mother and wife got the coronavirus last year, but they are pulling through,” he says. “The children miss us and ask when we will return home.”

“The ideal solution for us would be to live in our home country without fear of the future – but that will only be possible if we have new, fair elections and our laws are fully respected,” says Vladislav.

This article has been translated from German

Seven years for following a telegram channel? Some Belarusians opt out just in case

The government of the Belarusian strongman Alyaksandr Lukashenka has shut down independent media, blocked websites …